Symposium moved to a later date 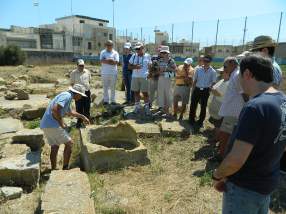 The Executive Committee of Wirt iż-Żejtun has decided to postpone the  Symposium on the Roman Villa, which was being planned for the 17th March due to difficulties it found to raise the necessary funds to sustain this project.

Since the inception of this project the committee has been trying to raise the necessary funds including the submission of two different applications for funding.  The first application was made to the Malta Arts Fund, this was refused since the cultural and archaeological heritage does not fall within the definition of the Malta Arts Fund.  The second application was made to the Commissioner of Voluntary Organisations was also unsuccessful although we were very close to qualify for the requested funds.  The committee had also seeked other possible sources of funding through specific sponsorships, however even here we haven’t managed to get the necessary support.

This left us with no option other than to postpone what was planned for the 17th March to a later date, possibly this year, until we manage to appropriate the necessary financial assistance to spread further knowledge on our archaeological heritage.

One response to “Symposium moved to a later date”