How was it founded? 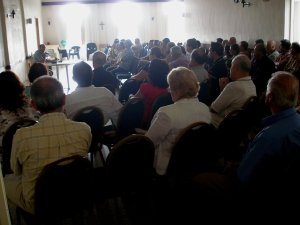 Wirt iż-Żejtun is a local non-government organization (NGO) working in the heritage sector.  It has been launched upon the initiative of a group of people, mostly hailing from Zejtun, through a resolution approved during a formal meeting held on the 3rd October 2010.

Its statute was approved on the 13th December 2010 following which members started being registered in the organisation.  The first Annual General Meeting was held on the 30th January 2011, in which the first Executive Committee for the following two years was elected.

“Together we should foster interest and respect towards the natural, cultural, environmental, historical, ethnographical and archaeological,  tangible and intangible heritage, passed over to us by former Żejtun people.  Our aim is to protect, value and hand over this heritage to the generations to follow, at all levels of society, in the best possible state whilst acknowledging its sustainable development.”

Our vision is that in the shortest possible time we motivate the people of Żejtun to understand the need of appreciating, respecting and taking care of the natural, cultural, environmental, historical, ethnographical and archaeological heritage of iż-Żejtun and its people.

The Officials and Members of the Executive Committee of Wirt iż-Żejtun are:

4 responses to “About Wirt iż-Żejtun”