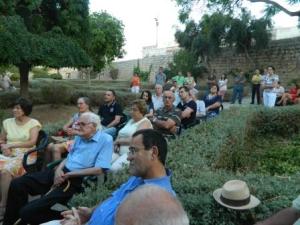 In the evening of Friday 12th July Wirt iż-Żejtun has organised its third summer even at the Ġnien tal-Kmandant (Luqa Briffa Garden).  This year’s event included a presentation by two historians on Mikiel Cachia, a historical personality from iż-Żejtun. 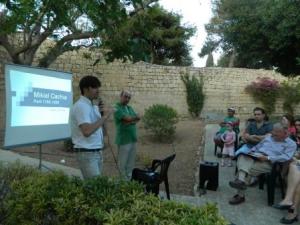 Mr Liam Gauci, an Hertiage Malta curator of the Malta Maritime Museum, and relative of Mikiel Cachia, gave a very interesting presentation about the role of Cachia during the French occupation.  This presentation revealed the extraordinary leadership and military skills which this personality had. 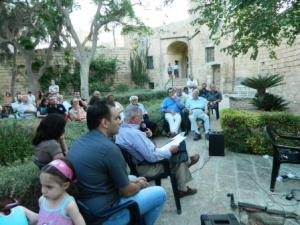 Perit Andre’ Zammit, who is also indirectly related to Cachia, and has at his possession the diaries of this architect and military engineer, gave an account on some of the detailes he found in Cachia’s diaries.

These presentations together with more historical information about Mikiel Cachia will be included in a publication which Wirt iż-Żejtun is working on.