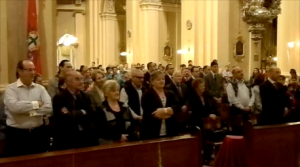 Wirt iż-Żejtun today celebrated remembrance day of Żejtun citizens who during their life, through their work or talent,  set a good example to other citizens.  This is the second year in which this day was celebrated. 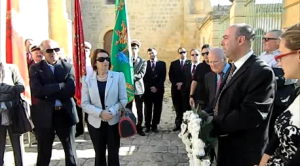 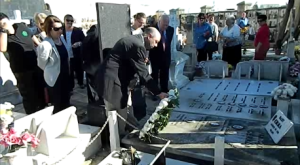 After attending the 9:00am mass at the Żejtun Parish together with the Żejtun Scouts and Girl Guides, who celebrated their Parade Day on the same day, members of Wirt iż-Żejtun and representatives of the Beland Band Club, the Societa’ Musicale Santa Caterina and the Żejtun Band Club, marched together in a cortège to the parish cemetery.  Here together with the relatives of the late Archbishop Mnsgr Emmanuel Gerada a brief ceremony took place, in which the President of Wirt iż-Żejtun referred to Mnsgr Gerada’s work during his life and why he was being remembered.  After a short prayer, flowers were laid on his tomb.