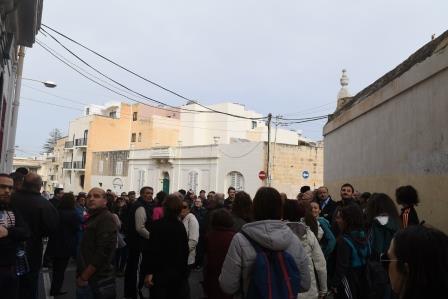 All started from the parvis of the Żejtun Parish Church at 9:30 with the group walking through St Catherine Street, The first stop was in front of Casa Perellos, the townhouse built by Grand Master Perellos to enjoy St Gregory’s Feast. 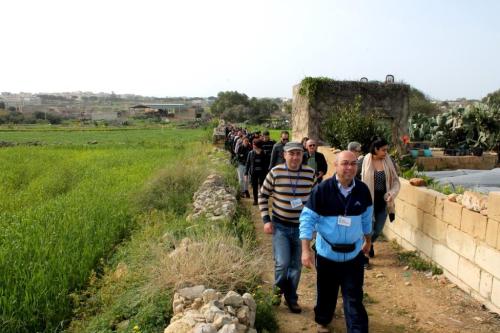 Then we walked to Tarxien Road and after a briefing on a historical plaque found on one of the rural buildings along this road the group walked through Tad-Dawra Lane and crossing Wied iż-Żrinġ.  Andre’ Seychell, one of the farmers cultivating the land in this area described how the bees which he keeps to produce honey, use carob trees nectar as an important source for their honey production. 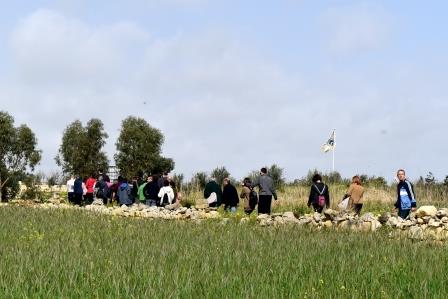 After walking through a footpath passing through cultivated fields and another country lane we arrived on the periphery of the Buleben Industrial Estate, at the back of the ACTAVIS factory.  Those attending were given a detailed description about the archaeological importance of this area with direct reference to the discoveries made so far.  The group had also the opportunity to walk into one of the maquis areas characterized by mature carob trees found in this part of Buleben.  Reference to the World War II history of Buleben was also made. 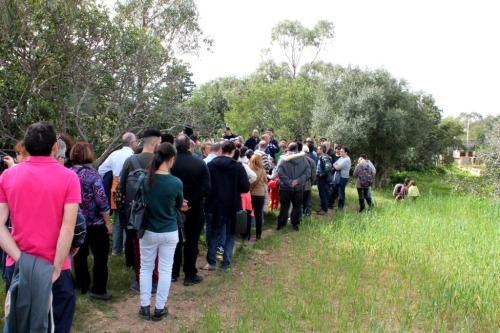 The group then walked past the farm buildings which were funded by Grand Master Perellos, through a narrow and winding lane. 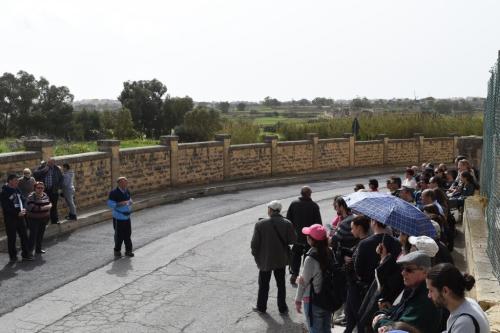 The last stop was at Triq il-Merħla where a detailed explanation of how the site of lost church of St Leonard was discovered through research and site investigations carried out by Wirt iż-Żejtun during the past days.

Those attending were impressed by the rich history which the Feudal Land of Buleben still possess and had positive words on the work being done by Wirt iż-Żejtun in sharing this knowledge.

This entry was posted in Events and tagged buleben, environment, Wirt iz-Zejtun. Bookmark the permalink.