Trevor Zahra in a public interview about his father Walter

Wirt iż-Żejtun this morning commemorated the first anniversary since the approval of its statute through an activity which took the form of a public interview with Trevor Zahra about his father Walter.  This activity was held at the Nazju Falzon Youth Centre and was well attended and appreciated by those present.

Walter Zahra was a key contributor towards increasing public awareness on the need to protect our cultural and historical heritage, not only in Zejtun but also at a national level.  In fact he was the secretary of Din l-Art Ħelwa for quite a number of years.   As his son stated, Walter “had Zejtun at his heart and his main wish was that of getting the Zejtun people to appreciate better the heritage of their town.” 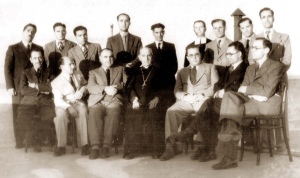 Walter was a writer, a journalist and also editor of a number of local newspapers.  He was also a trade-unionist  and in fact occupied the role of secretary in the first years of the CMTU.  He was also active in politics and once he contested the general elections as a candidate with Dr Paul Boffa’s Workers Party.

Heritage and architecture were the main themes which were closest to his heart.  He was a close friend of the British researcher and historian, Quentin Hughes. 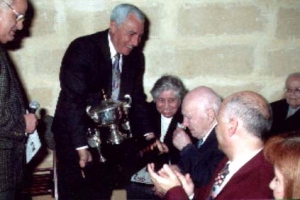 Walter was very active within the societies at Zejtun, worked within both band clubs and at one time he was also vice-president of the Zejtun Band Club.  He was the founder of the Zejtun Historical Society and an active committee member in Wirt iż-Żejtun during the 1970s.  He worked also within the Zejtun Parish by maintaining the parish archives and was instrumental to organise the parish museum.  In fact he also published a guide to the museum as he did also for the Good Friday procession.  His involvement and great work in our community lead him to the award of Ġieħ iż-Żejtun by the Local Council, few weeks before his death. 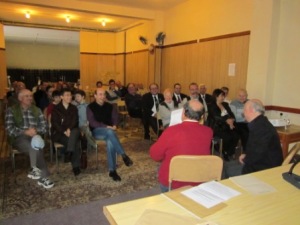 All this lead us to commemorate our first anniversary by remembering Walter’s contribution to the heritage of Zejtun.  This thanks to his son Trevor, who accepted to share with us his father’s thoughts, and to others present  who shared the experience they had with Walter at a point in their lives.

During the same activity a video message was projected, this was received from Nicholas Cutajar who was the PRO of Wirt iż-Żejtun in the 1970s and currently lives in Australia.  This message and the full interview held today will be published on our website in the coming days.