NEWS: Buleben saved for ever

It has just been confirmed at the Parliament’s Environment and Planning Committee that the area which was zoned for industrial development, pending detailed studies, in the 2006 South Malta Local Plan is being reversed to an area Outside Development Zone. 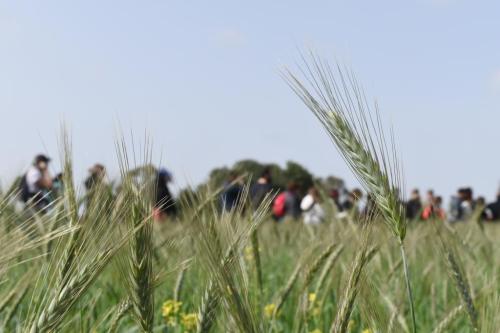 Yannick Pace from Maltatoday has just reported that Environment minister Jose’ Herrera has written to parliament’s environment committee which has met today and informed the committee that he and Economy minister Chris Cardona had agreed that the government should reverse the 2006 decision to include the area in the development zone.

Bulebel Industrial Estate as is today.

It has been reported that the Chairperson of the Committee, Hon Alex Muscat, said: “I am proposing that we agree with the government’s position, and change the local plan so that the land is once again made ODZ,”

This is what Wirt iż-Żejtun was requesting through its campaign.  We thus can declare that we have saved Buleben for future generations.  This thanks to all those who supported us in our cause and worked with us towards this result.  The authorities have understood that our claims were justified.

2 responses to “NEWS: Buleben saved for ever”