Most often we consider iconic buildings to  form the essence of our architectural heritage and we fail to give any value to our vernacular buildings. These range from what we consider the common domestic buildings in our towns and villages to the rural structures found in our countryside.

In our previous posts we have already referred to the rural buildings found in Buleben which were built or funded by Grand Master Perellos.  However the architectural heritage found in this area does not consist solely of these buildings. The surveys carried out so far gave further insight on the vernacular heritage of the Buleben Feud. 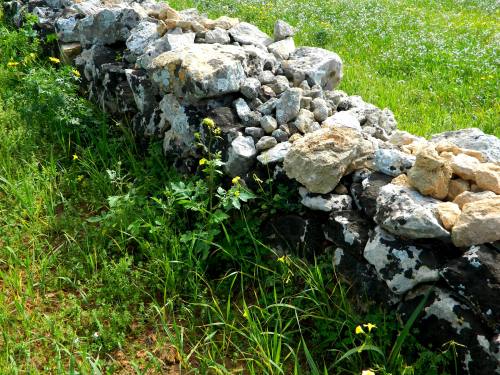 The rubble walls separating the agricultural land, and in particular the terraced fields is just one common feature found in this area.  Although these walls are ever-changing since the collapse and reconstruction of various sections of walls is natural, we have found extensive sections which have not been intervened upon for decades if not hundreds of years.  The lichens found on such walls is a clear proof on its own. 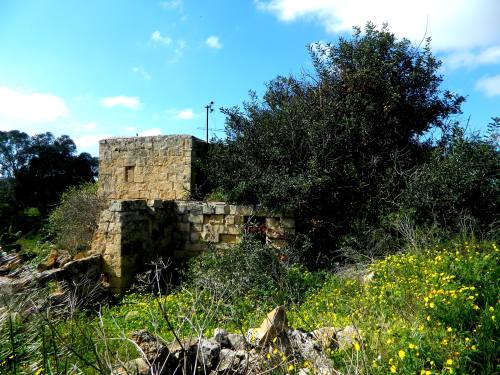 Hidden from public eye, sheltered under large carob trees, we have found a number of rural structures, some of which although partly in ruin, still boast vernacular features such as open masonry staircases, arches, stone slabs (xorok), embrasures and other traditional features which are being completely lost by time.

We have also entered in some of the farmhouses found in the area. The xorok tal-qasba supported with a central beam (pastaż) is still evident in some of these buildings.

The shrine found in one of the farmhouses dates back to 1913 and we were told that this was done to commemorate the Eucharistic Congress which was held in Malta that year.

Here are some images of what we are talking about. 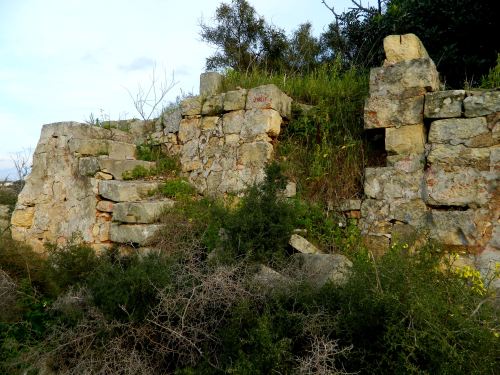 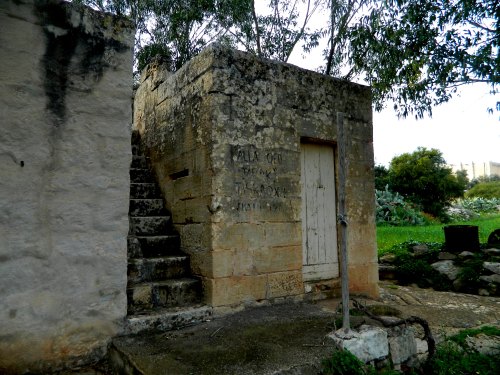 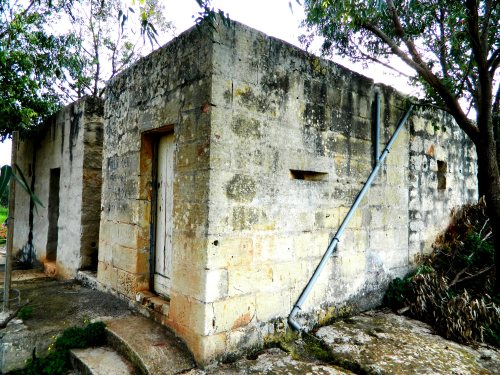 This entry was posted in architecture, Uncategorized and tagged buleben, vernacular, Wirt iz-Zejtun. Bookmark the permalink.