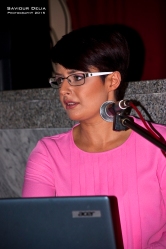 A home birth is an event which few pregnant women today would even consider.  However up to around the middle of the last century, most women gave birth at home with the help of a midwife, popularly known in Maltese as “il-Majjistra”.  Il-Majjistra was a valued member within the village community and gave a vital service before, during and after birth; indeed a much needed service before the advent of modern hospitals and easily available health care. 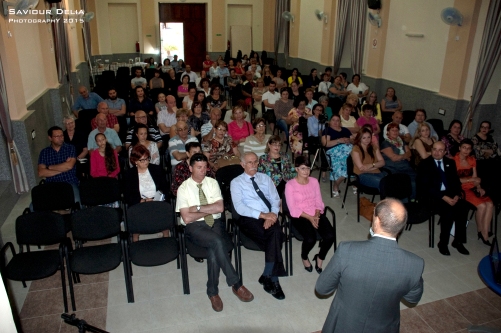 But, what is actually known about il-Majjistra and her work?  What training did such a midwife usually have?  What did she carry around in her little black bag?  What did she do in emergencies?  Janice Cassar, a qualified midwife herself, answered these questions and in the process, removed some of the mystery surrounding the figure of il-Majjistra.  Ms. Cassar presented her research on midwives in Malta between 1900 and 1990, during a talk which was held yesterday in front of a large audience  the Juventutis Domus in St. Gregory Street, Zejtun.   During the presentation she also gave an account of the experiences of midwives, who practised their trade in Zejtun and its whereabouts.

The event was opened by Hon Chris Fearne, Parliamentary Secretary for Health.

This entry was posted in Events, Uncategorized. Bookmark the permalink.