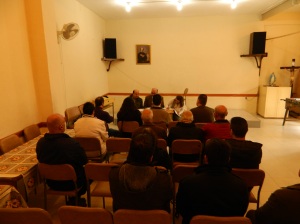 The Annual General Meeting of Wirt iż-Żejtun was held today, the 26th Janaury 2014.  During this meeting the Executive Committee presented its annual report and the financial report for 2013.

The President of Wirt iż-Żejtun briefed the members about the activities and initiatives being planned for 2014, which happens to be the 4th Century Anniversary since the Ottoman attack of 1614 on iż-Żejtun.

Members of Wirt iż-Żejtun had the opportunity to ask questions and raise proposals to be considered during this year by the committee.