MUSICAL HERITAGE: Anthems for St Catherine by the Bands of Zejtun 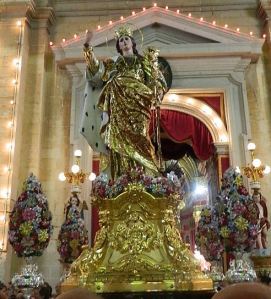 During the years we had a number of anthems composed for the feast celebrations of St Catherine.  Besides those sung in the church celebrations, there are others which are played by the musical societies at Zejtun.

Since the centenary celebrations held in 2005, a new tradition has developed.  While the procession with the statue of St Catherine is leading its way into the church, both societies greet the statue by performing these anthems.  The anthems are accompanied by lyrics which are sung by a soprano, each one singing from the balcony of the respective band clubs.

The first anthem was composed for the Beland Band by Maestro Raymond Sciberras, with the lyrics written by Chev Gorg Bianchi.  This was first played in 2005 and sung by the Soprano Rosabelle Bianchi while the statue of St Catherine  is cheered for the last time before entering the church.  This anthem “Lill-Patruna tal-Belt Beland” is found in the CD “Dawl fuq is-Sinaj”. 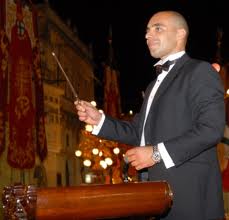 The Zejtun Band had their anthem composed by Maestro Capt. Carmelo Mangion who hails from Zejtun.  The lyrics were also written by Capt Mangion.  This was first played for the 250th anniversary of the statue of St Catherine and sung by Soprano Karen Camilleri.  This anthem “Insellmulek Katarina” is found in the CD bearing the same name.

It is highly recommended that you should have a copy of these CDs in your musical library: