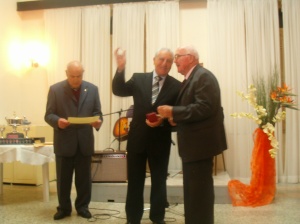 During a cultural evening organised yesterday by the Zejtun Local Council to close the celebrations of Jum iż-Żejtun, Captain Joseph Desira was honoured with the Ġieħ iż-Żejtun award.  An honour awarded on an annual basis by the Zejtun Local Council to that person who through his involvment in the town’s community life can be used as an example to others.  Captain Desira was involved in a number of volontary organisations in Zejtun and also was a helping hand to guide  workers employed from Zejtun with the Malta Drydocks in their first days at the docks.  This was the fifteenth year of this award.

Ms. Jane Mercieca delivered the annual speech for the occassion titled “Il-Mara Għaqlija Żejtunija – Kif niftakarha jiena” (The Wise Zejtun Woman – How I rember her).  In her speech Ms. Mercieca gave an account on how women from Zejtun in past times used their wisdom in managing their families and their goods.  Ms. Mercieca forwarded us the full speech in Maltese which can be read by clicking here. 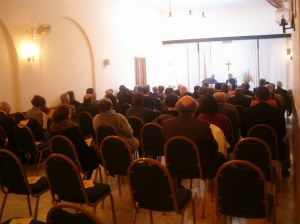 The audience present for this evening were given a taste of the essays which were submitted as part of the literature competition organised by the Local Council.  This year have seen a record of participants and most essays were written in the Zejtun dialect.  Wirt iż-Żejtun would like to see all the literature material presented in this evening published for it not to be lost. 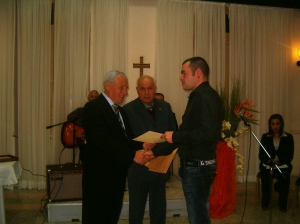 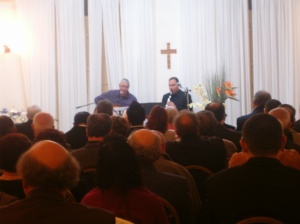 more than two hundred years ago.  Frank Fenech was also awarded the Frans Baldacchino – il-Budaj trophy for the best essay in Zejtun dialect.

The musical part of this evening commemoration was entrusted to Walter Micallef and Godfrey Mifsud.