The folk singer (għannej) from iż-Żejtun, Frans Baldacchino commonly known as il-Budaj died on the 21st June 2006 at the age of 63.

Il-Budaj  was a  poet amused by the guitar strings.  He was a talented folk singer with a pleasant voice.  His talent was appreciated also by those who are not familiar with this type of Maltese folk singing.

Numerous articles were written in appreciation to Frans Baldacchino soon after his death.  On the 22nd June 2006 Maltamedia.com reported the following: 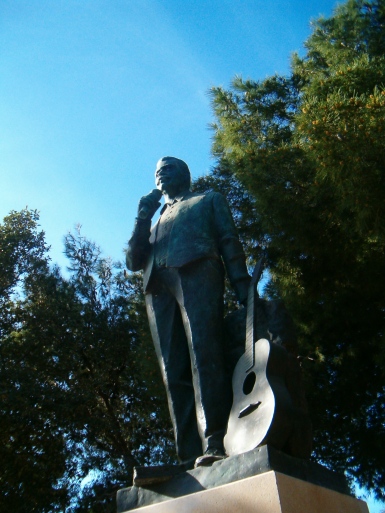 “Il-Budaj began his love for folklore music at a young age, and was also passionate about opera and classical music. He loved writing poetry and was awarded a diploma a short while ago for his poetry by the group ‘Poeti Maltin’ of which he was a member. The much-loved singer participated in many folklore festivals, both on a local and international level, singing in Canada, France, Libya, Greece and Tunisia.

Frans Baldacchino earned himself the nickname il-Budaj in the 1950s, when the Hungarian football team Honved visited Malta. The players included Puskas and Bodai, whose name got passed on to Baldacchino’s brother who also played football, and eventually was given to Frans.

Born in Zejtun on May 16, 1943, il-Budaj emigrated to Australia during the 60s where he formed part of a folklore group together with other Maltese emigrants. He returned to Malta in the 1970s.”

Frans Baldacchino is another talented person who made a name for his home Town.