ŻEJTUN DURING THE FRENCH OCCUPATION

THIS TIME FOR CHILDREN

Wirt iż-Żejtun is dedicating this year to Michele Cachia who was one of the Maltese leaders during the French blockade.  Cachia was from Żejtun and besides his strong political influence was also an architect and military engineer.

One of the first events to be organised by Wirt iż-Żejtun, keeping this personality in the background, is a cultural walk around Żejtun taking us back more than 200 years ago by living the French occupation.

Żejtun had a strong input in the French blockade with the Militia and the people of Żejtun together with those from Żabbar being responsible for keeping the French blocked within the Cottonera lines.  There were various moments of bravery shown by the people in those days.  One can even witness signs left on the parish church furniture of this dark period in Maltese history.  There are buildings which were used as hospitals during the blockade and above all there are still the town houses of the Maltese leaders who lived in Żejtun during this era.

Come and join us for this walk in history on Sunday 19th May at 9:45am.  Meeting place: in front of the Domus, Triq San Girgor, Żejtun.

Students aged between 11 and 18 years who attend 80% of the events organised for children by Wirt iż-Żejtun will be given a certificate of participation valid for the informal learning qualifications. 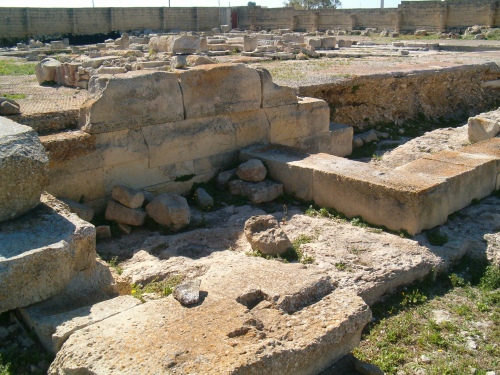 On Sunday 2nd June, Wirt iż-Żejtun is organising a visit to one of the most important archaeological sites in Malta, Tas-Silġ Sanctuary.

This visit is being organised in collaboration with Heritage Malta, which will be opening the site specifically for our group as this site is still closed for visitors.  The curator of the site will be guiding the group around and explaining the main discoveries and the studies which are still going on within this site.

There is a limited number on participants and it is planned that the tour will be divided into two groups.  During the same tour we will be also visiting the Chapel of St Nicholas which is close by.