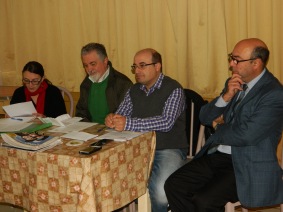 This morning Wirt iz-Zejtun held its Annual General Meeting for 2016 at the Guzeppina Curmi Hall, Zejtun.

During the meeting the Secretary, Ms Traceyanne Vella Cumbo, presented the annual report for 2015 while the Treasurer, Mr Jesmond Cutajar presented the financial report.  Discussion by the members present followed each report.  At the end of the meeting the President, Perit Ruben Abela made a concluding speech in which he presented a number of initiatives and activities which will be held during this year.  The meeting was chaired by Mr Guzi Gatt.

This entry was posted in News, Uncategorized and tagged Annual General Meeting. Bookmark the permalink.